Blog
You are here: Home1 / Blog2 / Learning3 / The Learning Journey

“Great post. You are really a dedicated learner. It is really a beauty to see the way you ‘Engage’ with networks as a part of your learning process. Single pointed and focused. Much to learn. Great.”  —  @EnggMainR

I was inspired by Sahana Chattopadhyay’s blog post for rewriting my first blog post. Sahana’s insights are powerful and inspiring! They resonate and make me feel that I took/am building a similar path:

“Driven by curiosity and a deep desire to learn, I entered a wondrous world. It was equivalent to an online library being personally curated for me by some of the best learning curators and designers. I found out who followed whom and started following some of the people. I didn’t know then that I was building my Personal Learning Network (PLN) and that it would change how I learned and thought forever. It’s no exaggeration to say that Twitter and my growing PLN contributed to what became transformative learning for me.”

“(…) Blogging took me to the next stage of the framework — Sensing. I started to analyze, assimilate and connect the disparate dots — things were beginning to make sense.”

“Blogging is one of the most critical and powerful personal learning and reflection tool.”

“(…) Since then, I have learned to curate, filter, aggregate, save and share. I consciously follow people who I trust and who become my curators.”

Like Sahana, writing, learning collectively, in networks and via social technologies have helped me grow and learn better, faster, and still enabling me to do so. Go offline and online to hone your learnability with your learning crew.

As my friend and learning partner, Anne Marie Rattray, writes in her book ‘Calling All Instigators’:

“One of the compelling things about Twitter is seeing serendipity in action/interactions forming and spreading.”

The following words are on getting perspectives as I have jumped into the social web. 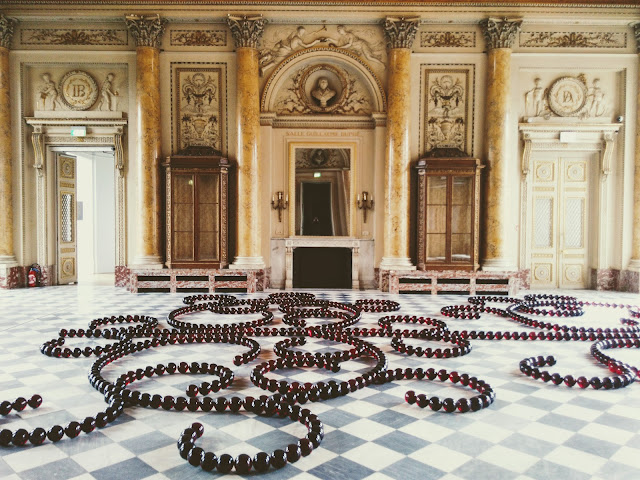 I took this photo at La Monnaie de Paris, France.

I have discovered and learned a lot via Jane Hart and other people via Twitter. Information and conversations ‘came’ to me directly via Twitter. I noticed that novices and mavens are learning together on this platform and via other social streams. During April and May 2011, it was for me an exciting learning time. I discovered like-minded people from the learning industry via Twitter. I connected with them even if they didn’t connect with me.

Jane Hart shares on her website a list of workplace learning professionals recognized globally. It helped me learn who they are, what they do via their blog and their social streams. I also asked myself several questions:

Do I want to connect with them?

Who is connected to who?

What are they talking about?

Can I jump into the conversation even if we don’t know each other?

I have used Twitter daily, and I rapidly felt a little bit overwhelmed with noise that I can listen to, read and scan every day. To overcome this situation and pull more signals, I filtered a lot in creating Twitter private lists via specific tools.

I tried Paper.li. My first personal digest was called “What I Learn Today?”. It was based on people I followed and added on a public list named “PLN” (Personal Learning Network after I read about it). This Twitter list and Paper.li journal don’t exist anymore. I don’t use them. At the same time, I also discovered what Clay Shirky said about the web and signals at Web 2.0 Expo NY in 2008.

“It’s not information overload but its filter failure.” — Clay Shirky

Filtering via some techniques and tools were again a lot in my mind. I tried some social tools dashboards like Tweetdeck and Hootsuite. They helped me catch up with my Twitter lists, mentions, replies, DMs, Twitter search, chats, and backchannels of global conferences and webinars. My focus on tools was wrong.

I also discovered advice from Ross Dawson on filtering with helpful advice, techniques, and tips. I became aware that what can work for me was not just based on tools. I learned quickly that Twitter is about learning from people and engaging in conversations within networks in which people belong.

I discovered in which Twitter lists I was included, how people ‘see’ me publicly via the title of their Twitter lists and the belonging to a network of people and/or an online community.

After reading an insightful post from Venessa Miemis about her use and reflection on “How to use Twitter to build collective intelligence?” I started to change my mindset. I adopted her perspective in observing and contributing. I asked myself those questions:

Those questions changed everything for me. This perspective helped me to make sense of networks and the world every day. As I noticed via an insight shared by Charles Jennings during an ELN (eLearning Network) event:

Now, I think that access to insights patternists and generalists is the energy and enables us to imagine the possibilities and instigate meaningful movements. This awareness that can be combined with relationships in purposeful networks via Twitter, audio or video calls, private remote global communities has helped me get different perspectives, grow and realize that it’s about adding value via social stream and amplifying it. I’m grateful for popping up sometimes in gratitudes of respectful people. You might call them #ff [Follow Fridays] or mentions. I call them gratitudes.

This curation was noticed by Jane Hart, who retweeted me only 2 months after I read her handbook and started using Twitter. It was unexpected, and it made me happy.

I don’t share what I learned via Storify anymore. I became aware that I had to learn to pause, digest and reflect on what I shared and learned. I learned that we all consume information daily, but it’s, after all, about being a consistent and unique contributor. Hearing and connecting ideas, taking time for writing, getting perspectives and hearing feedbacks, changing some of my habits: those actions take time and are worthwhile doing.

But on which topics I’m focusing on these days? For sure, one of them is on collective learning and learning on our own. Before delving into that, hear some insights from some learning partners.

“I think what has happened is — we have gone past the ‘information age’ and now entering the ‘age of meaning’ with the internet acting as the powerful ‘pilot wave’ that guides a self organizing system based on the basic human values of Love, Respect and Meaning.

“Personal Meaning Network is a nice phrase. It does describe my experience starting in 2009 on twitter. My opinion is the magic ingredient is persistent conversations.

There are people I have met on twitter 4 or 5 years ago with which I still cross paths. I find it’s the persistence over years and in different venus — twitter, G+ sometimes Linkedin, every once in a while an email or two that has revealed to me the people with whom I am connected.

They are beautiful souls. Thanks go to the Universe. ” —  @toughloveforX

So Personal Meaning Ecosystem makes us interesting as we engage in networks and persistent conversations. And there might be a work to do on your own behind-the-scene:

“I usually begin with an open-ended inquiry. I liken this to dipping my ladle into an immense river of knowledge that’s flowing by. If I miss something, it’s not a big deal; important stuff comes by more than once. I extract general pointers and patterns from tributaries.”

“The next phase is processing what I’ve found. What happens is refinement, hypothesis-testing, looking for patterns, mapping, conversation and reflecting on ideas and images that are emerging. I generally do my best synthesis while asleep. I plant an idea or just have concepts floating around in my head; overnight the boys in the back room come up with a new way of looking at things. Among the streams that feed this phase of sense-making are.”

“Eventually, I turn from pulling ideas into pushing them out. I share my take on things in conversations, both in person and in social networks. I post definitive thoughts to my learn stream. That generates feedback that enables me to improve things. It’s a virtuous circle.

For me, this cycle of pull-reflect-push is my contribution to the knowledge commons that is the Web. I believe in karma. I give to the Web and the Web gives back. I always receive more than I give. In an organization, I think this process of seeking out and sharing meaning is a responsibility of enlightened social citizenship…” — Jay Cross in ‘Making Sense of the World’, Chief Learning Officer Magazine.

And yes, it all starts with paying attention:

“Use your eyes. Use your ears. Use all your senses. And do not hesitate to say to one another: ”I Notice” you. Watch the learning come to life!” — @AngelaMaiers 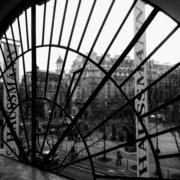 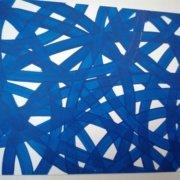 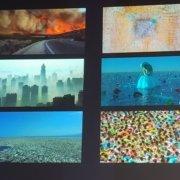 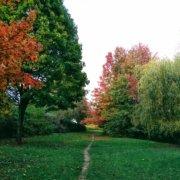 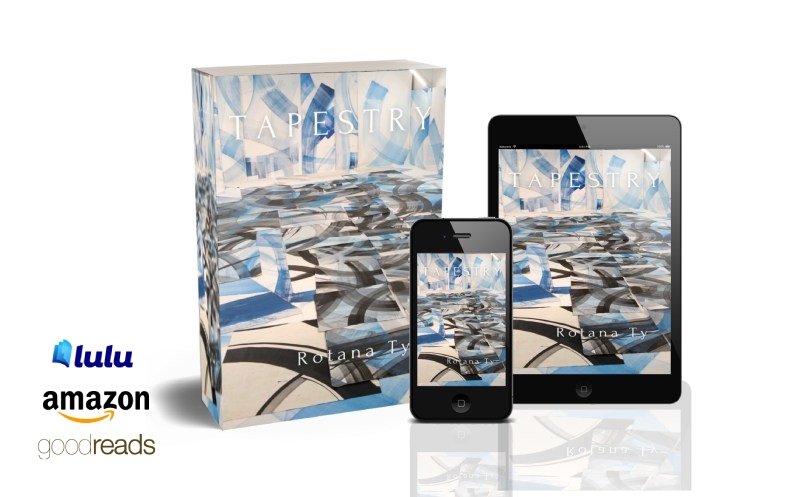 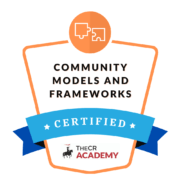 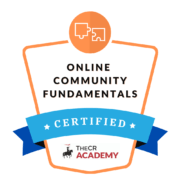 AHA! - Get Smart
by Jay Cross

Technology vs. Humanity: The coming clash between man and machine
by Gerd Leonhard

The Half-Drowned King
by Linnea Hartsuyker

River of Time
by Jon Swain

Ask for the Moon
by Meredith Lewis

The Art of Gathering: How We Meet and Why It Matters
by Priya Parker

If you do not want that we track your visit to our site you can disable tracking in your browser here:

The following cookies are also needed - You can choose if you want to allow them: